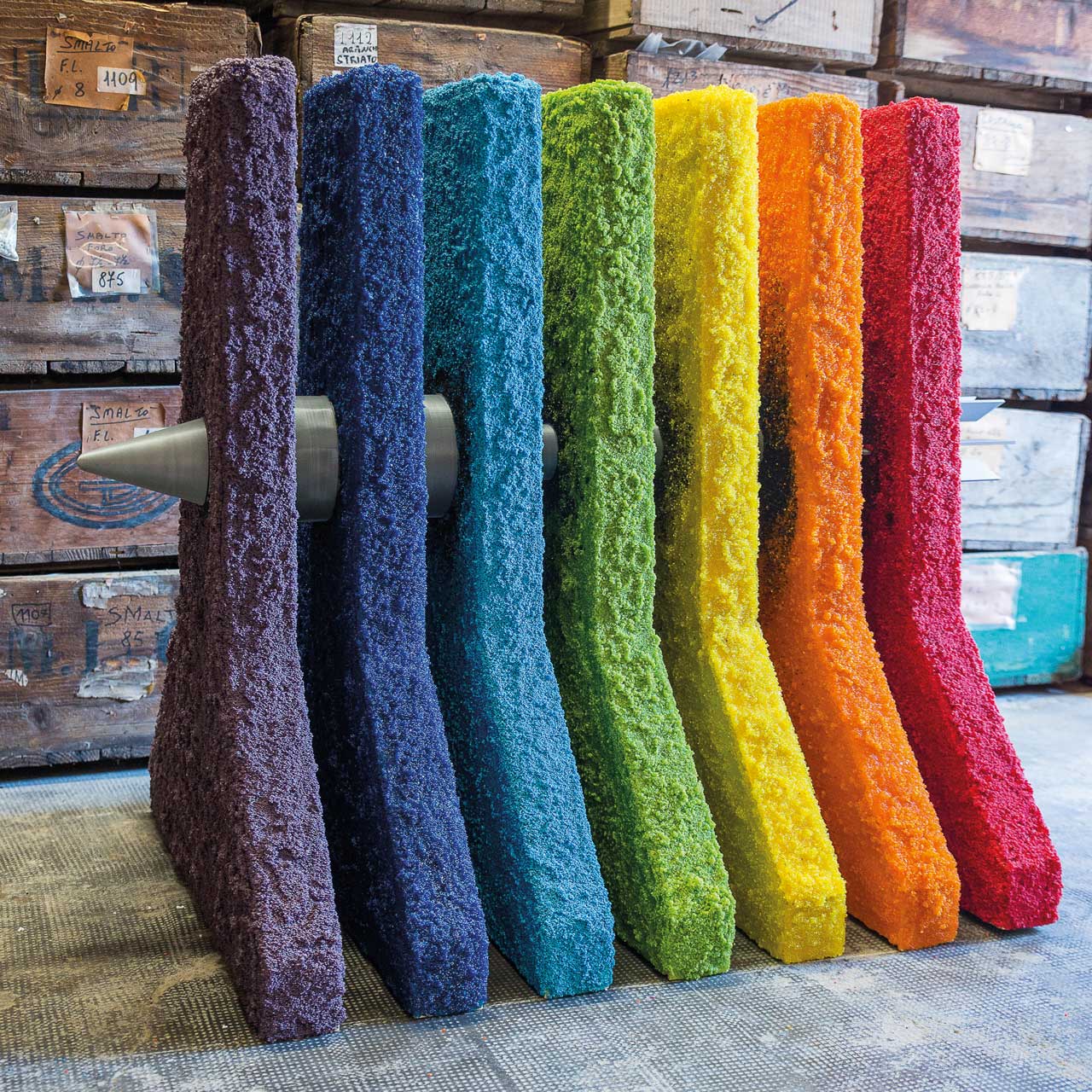 Among the Socing slogans theorized by Orwell in 1984, the first recited “War is Peace”. Even today war is being used to promote peace. The ever more frequent use of expressions such as “exporting democracy”, “humanitarian mission” and “smart bombs” prevents us from recognizing the basic incoherence: when military force is used to promote democracy, the means used in clear contradiction with the noble purpose. GlassPeace is a jersey that speaks about this incoherence: the seven colors of the peace flag immediately evoke a pacifist message, but among the panels that compose it, there is a reproduction of a II World War grenade. In order to accentuate the dichotomy between war and peace, it has been decided to play with contrasts: between fullness and emptiness, between matter and air, between color and non-color. The jersey is composed by panels that have been treated as if they were made of concrete, using resin castings and ancient conteria beads from the historical Costantini production. The grenade, which physically supports the jersey, has instead been made by 3D printing.

The company ‘Costantini Glassbeads di Moretti Alessandro’ opened in 2006 following the purchase of a huge deposit of glass pearl produced in the years 1940-2001 by his family. In addition to the old glassbeads, Alessandro Moretti expands the production by inserting the lampworking pearls, using both ancient and modern techniques in order to create new models every day. The company of Alessandro Moretti is part of a group of Murano companies that, maintaining the tradition, have known how to renew themselves, developing new products, understanding the news and the mechanisms of the market. The Costantini Glassbeads actively and successfully participates in exhibitions and events, creates jewelery shows and collaborates with museums, schools and universities. 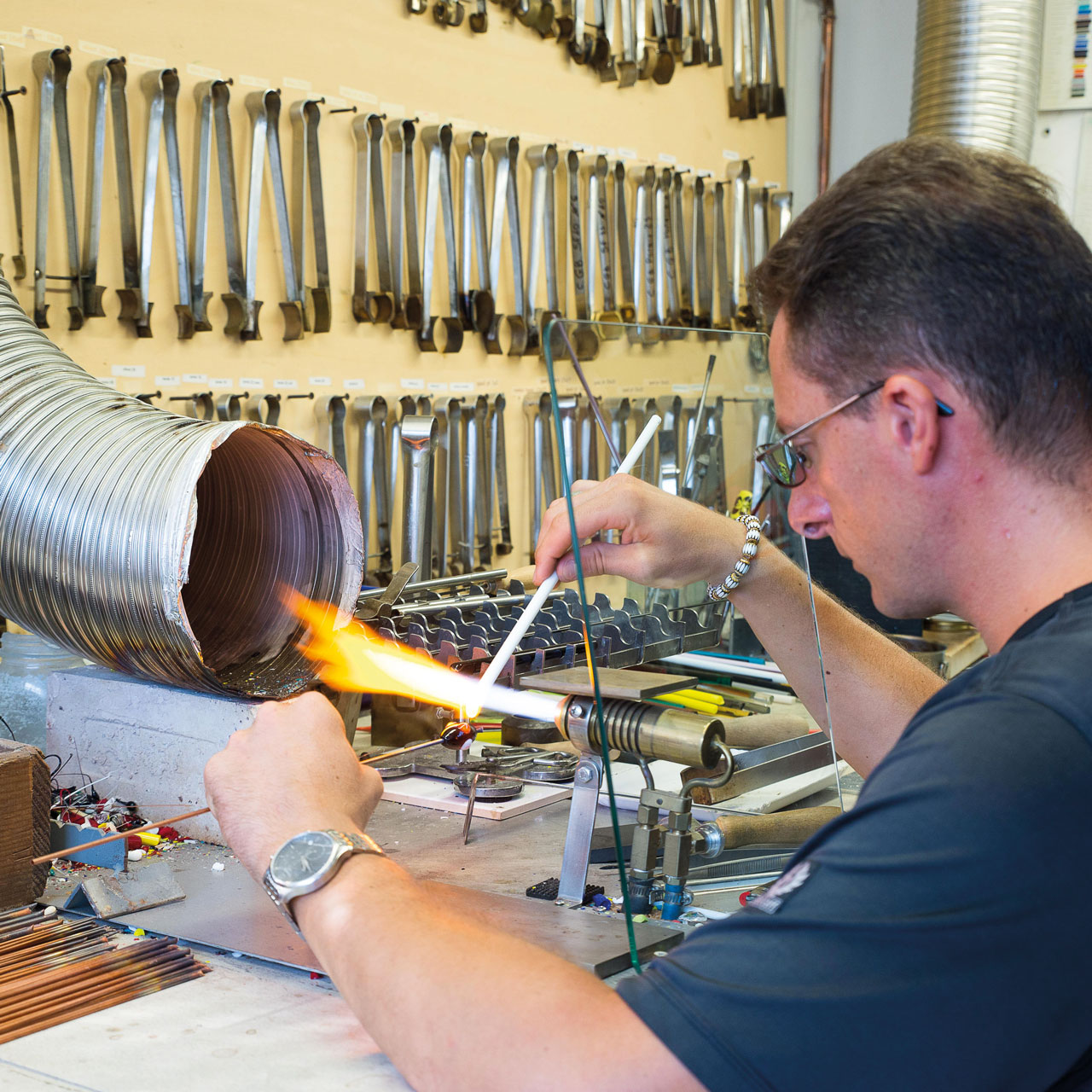