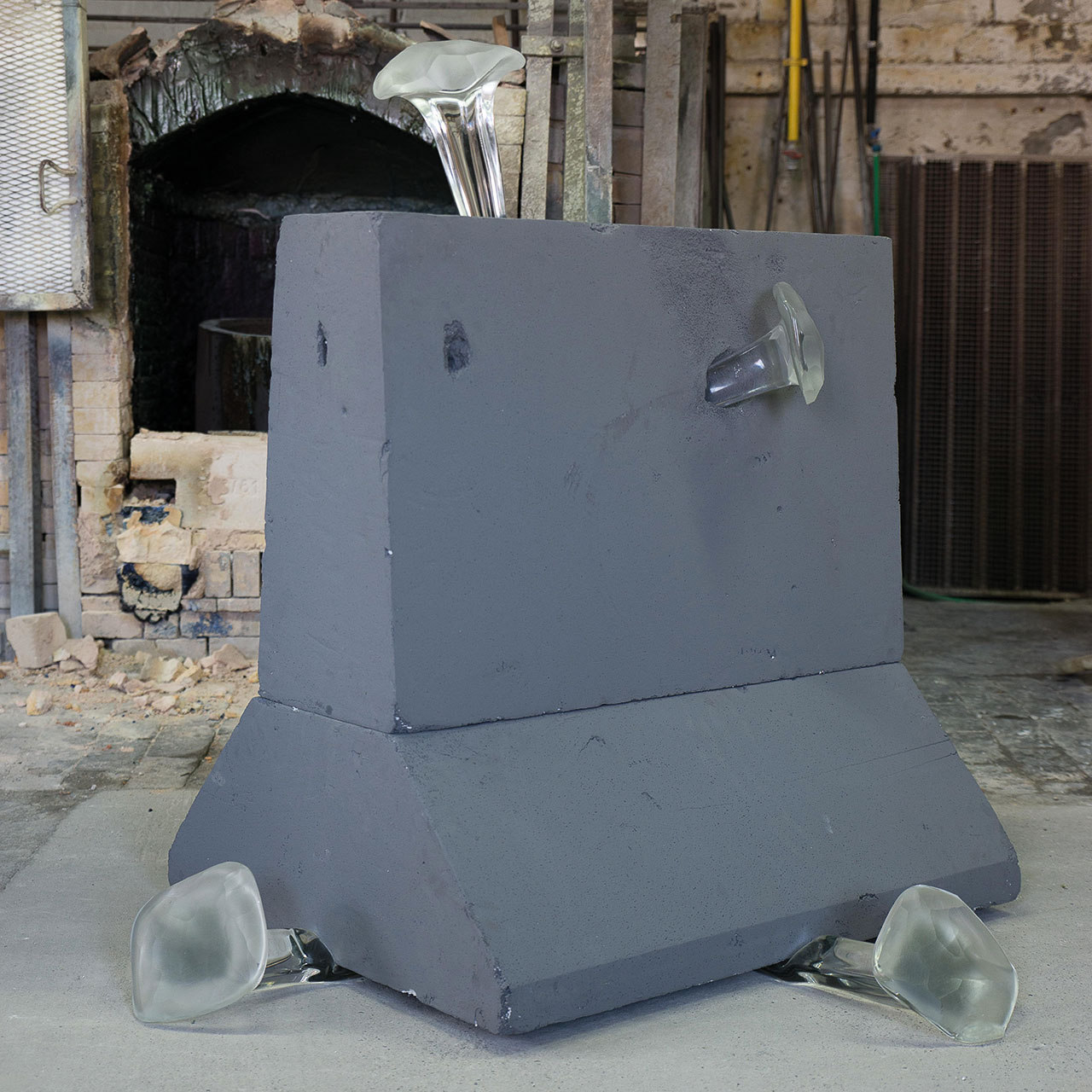 The work appears as a new jersey road barrier, made of polystyrene, pierced by cyclopean glass nails. The combination of the two materials, glass and polystyrene, is extremely unusual, not to say unedited. But the conceptually most significant aspect is that both such materials are proposed as paradoxical substitutes for the original objects, that consequently lose their main function: the nail, made of glass instead of iron, is not able to stick to a solid wall, nor to hold any object hanging there. The fragility of glass calls into question the very nature of the object. A nail that can not serve any of the uses of a nail, is it still a nail? The instrument loses its feature, the object instance fades in favor of the metaphorical one, and therefore in the reading of the same artist the nail – in its verticality subject to distortions – alludes to the human being. Being that does not have a function, perhaps not even a purpose, and it goes through the time of its existence leaving holes as the only proof (and what else could a glass nail ever need, if not to make visible from inside, in transparency, the holes that produces?).

Leonardo Cimolin born in 1971 in Dolo and lives and works in Mira, Venice. His specialty is lampworking. In his works he combines different materials such as glass, fabric, wood and iron. Leonardo is fascinated by the use of color and by the many possibilities offered by glass which he uses as means of expression to define his sculptures. These solutions are the cornerstones of his artistic vision, used to express daily and contemporary life. He collaborated with international artists such as Koen Vanmechelen and Joyce J. Scott and his works have been presented at many fairs such as: SOFA Chicago, Art Fair in Colonia, International Art Fair and Red Dot Fair in Miami. He toke part in the exhibition “Car – un nuovo paesaggio” by Riccardo Benassi Progetto (2011), at the side event of the Biennale Arte Glastress Gotika (2015), at the exhibition Glassfever (2016) Dordrecht, at the exhibition “Murano oggi” (2016) and Glasstress Ptuj Slovenia. Andrea Salvagno is an Italian glassmaster, born in Venice in 1973. At the age of 16 he started working in Murano furnaces and has continued ever since. In almost 30 years of career he has worked in various furnaces, improving the techniques of the Murano glass tradition. This versatility is the reason why Berengo Studio 1989 chosed him to work with contemporary artists. 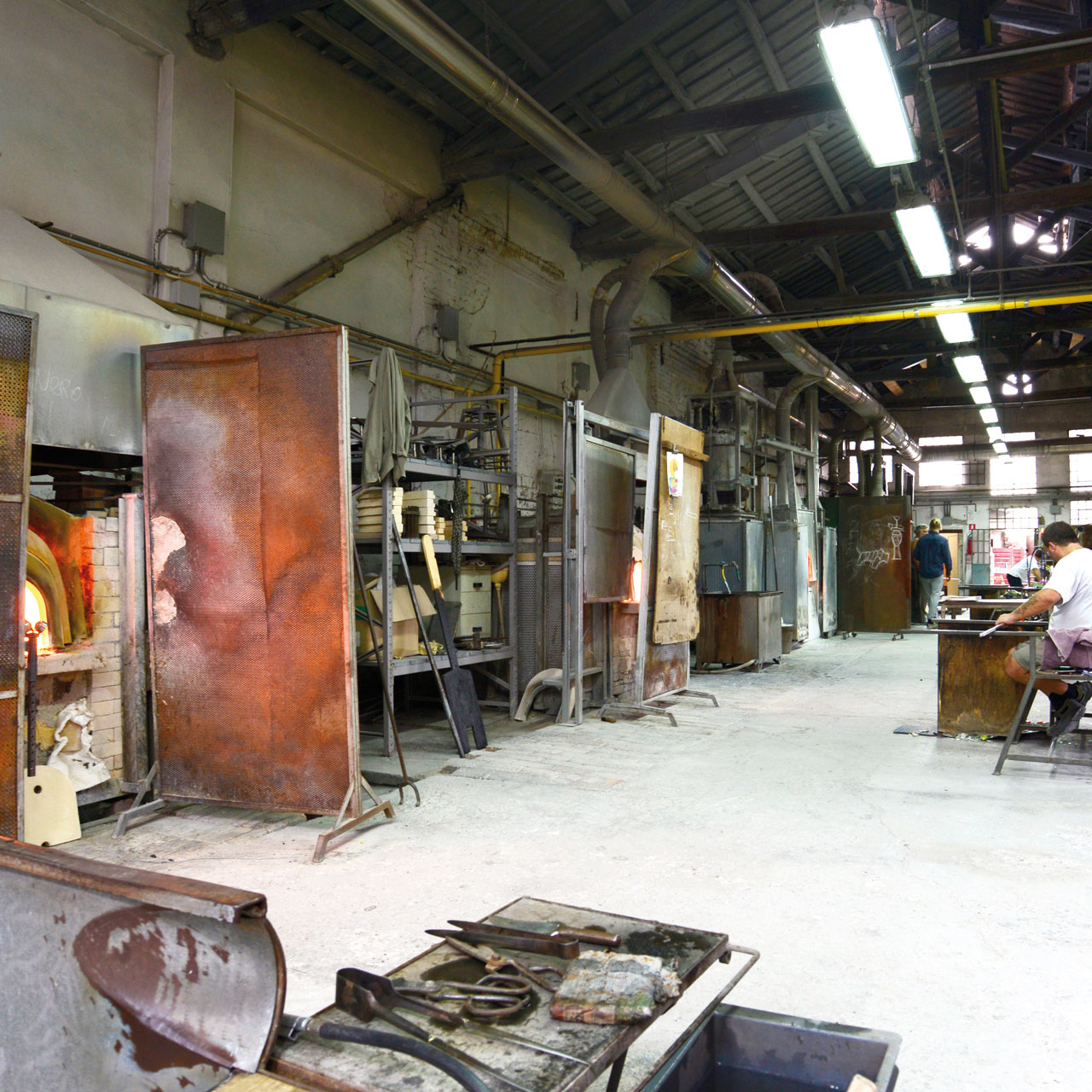