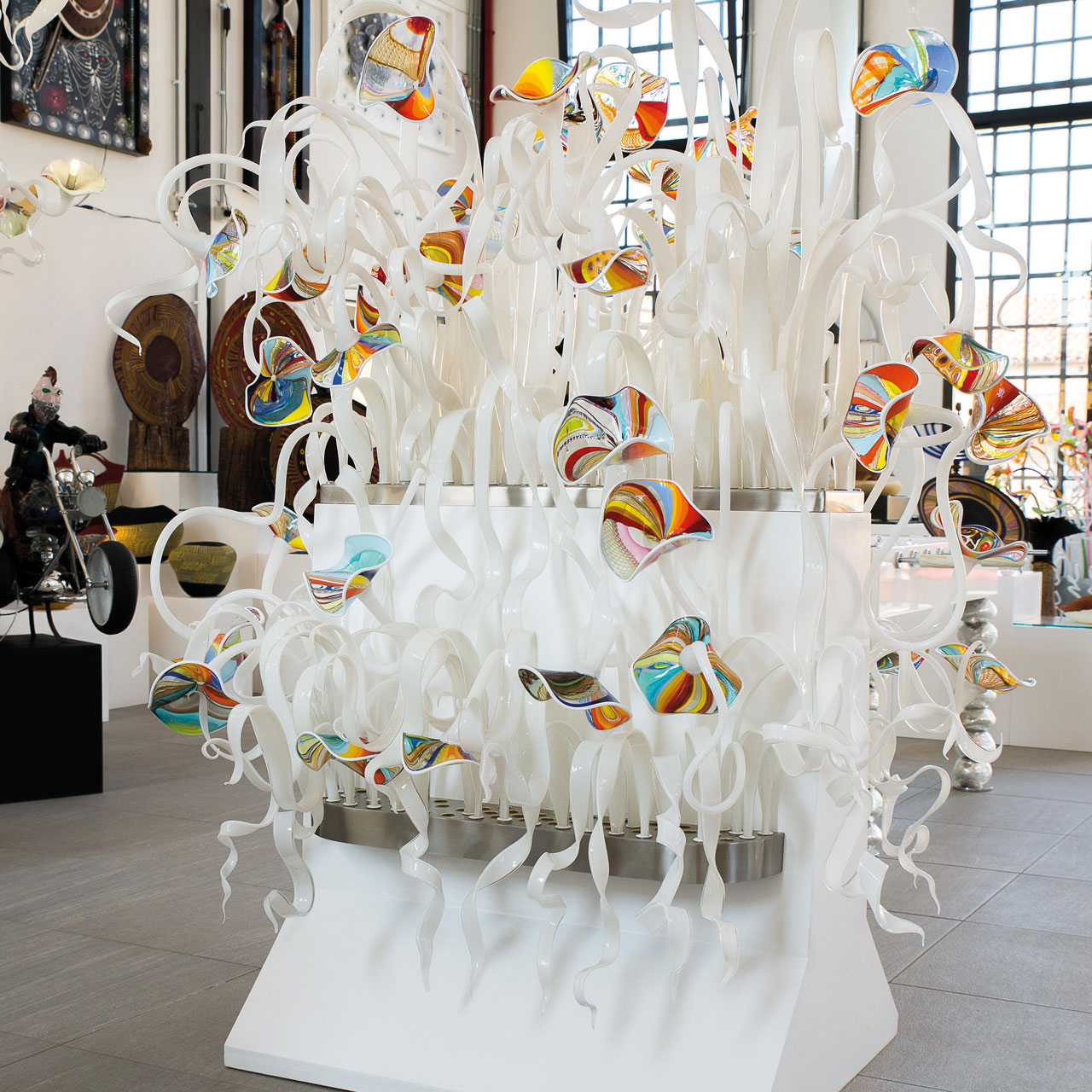 LIFE was born with the purpose of showing how beauty can have, in this case, the same strength of cement. Stop, but just to be amazed. The work contains all the techniques of the Massimiliano Schiavon Art Team: the precious composition of murrines, zanfirico glass and filigrana previously made, for the fusion of colored flowers.

A specific work of Massimiliano.

The arms, made of blown glass, are attached to the flower during the melting phase. The blowing makes therefore possible the interior lighting of each element. The leaves are instead made in solid glass, each one different in shape and size. Each element contains the particularity of that millennial tradition that today is re-proposed in a modern way. Unique and unrepeatable: it is the characteristic of every creation of Massimiliano Schiavon Art Team. Flowers and leaves are supported by a metal frame attached to the wooden jersey. Its partial lighting makes it even more useful and precious.

Massimiliano Schiavon is born and grew up in Murano as the sixth generation of a family that has dedicated its existence to glass. He has specialized his production in the creation of artistic vases, sculptures and chandeliers called “Piece of Art”, certified and signed 1/1. Massimiliano has been able to create around him a team of enthusiasts who are constantly looking for novelty, distinguishing themselves for freehand work: Claudio Zama, Giorgio Valentini, Loris Dei Rossi at the glass fusion, Wili and Luca Bardella at the “moleria” for grinding processes. By constantly inventing new collections, today they offer a unique production that does not fear any competition.

Massimiliano Schiavon, in its versatility, has shown his ability to make veritable artistic creation in glass. The desire to have his own furnace, after six years from the recovery of his grandfather’s one, led him to start a new empire by taking over a space of Venini company that had previously belonged to his family. Where once the spherical glass of the street lamps were produced, today there is a surface of 3800 m2 where closed and open spaces alternate. A furnace where Massimiliano’s genius can invest new forces and new ideas to be always “one step ahead”. Who dares wins, and he understood it. 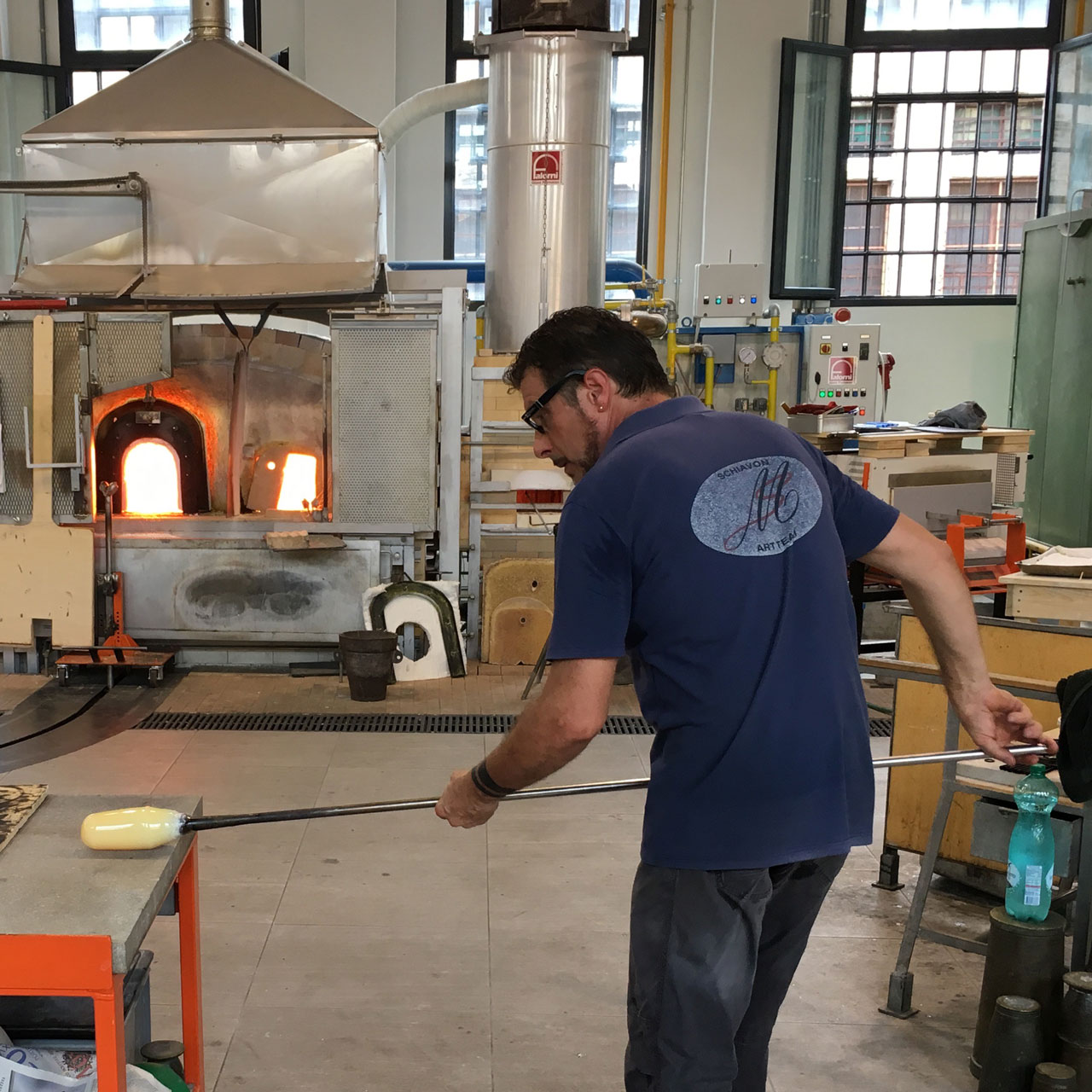