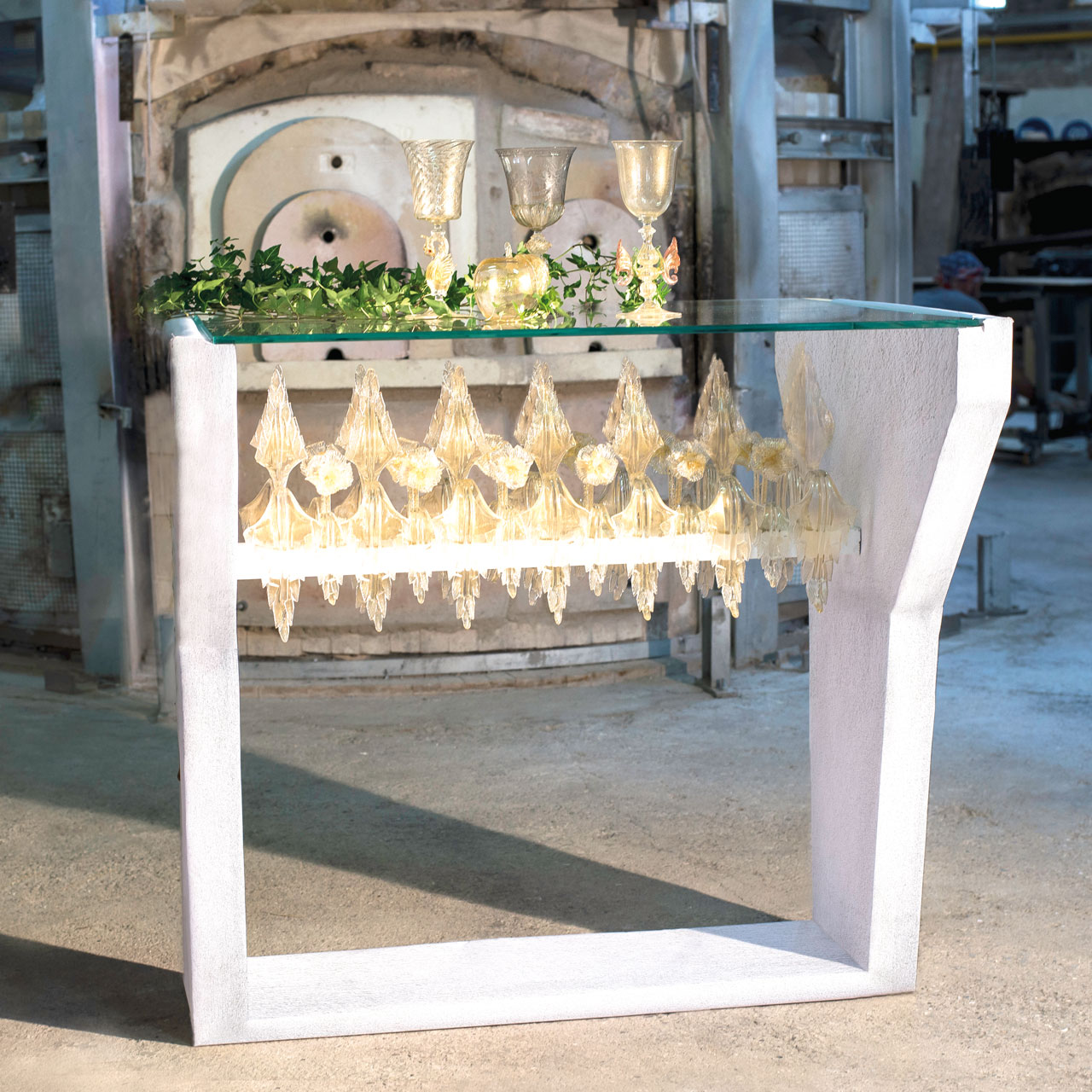 Ancient Greece. All the gods had been invited to the wedding banquet of Teti and Pelio except Eris, the goddess of discord. During the toast, for revenge, Eris dropped a golden apple from above with the inscription “to the fairest one” on it. Hera thought she was entitled to it, but also Aphrodite and Athena thought they could contend with it. To appease the dispute, Zeus decided that Paris was the right arbiter of the matter. Each goddess promised to Paris a gift in exchange for the golden apple. Aphrodite won, promising him to marry Elena. Elena, however, was already married to the king of Sparta and Paris decided to kidnap her, triggering the Trojan War. In Discordia the new jersey barrier, symbol of division, is turned upside down making it lose the symbolic meaning of road barrier and transforming it into the table of discord of the wedding banquet of Teti and Pelio. Finely decorated, it host the dishes and glasses of Hera, Athena and Aphrodite on one side, and the golden apple on the other side. This invisible but perceptible line of separation brings the concept of “conflict” to a further level of representation: the one between divine and human, between ephemeral and real. The union between the neoclassical style of glassware and the story from which it is drawn is evident: glasses, plates and their decorations are a tribute to the ancient Hellenic art; the inscription “Alla più bella” (“to the fairest one”) on the apple is a direct reference to the myth.

The Seguso family is, since 1300, one of the ancient families of maestri of Murano island. Gianni Seguso, together with his son Marco, is the guardian of the six generations tradition of masters who have handed down the secrets of this millenary art. Born in 1951 in Murano, he showed his talent for working with glass since he was child. Facing every day the challenge with fire, he learned from the best artists of the island how to shape the material, in order to become a maestro himself. The Seguso Gianni furnace produces the most refined and appreciated Rezzonico chandeliers in the world. In front of his furnaces in Murano, thirty glass artisans collaborate with artists and designers, expressing their noble art and perpetuating their tradition under the guidance of maestros. Gianni Seguso’s pieces of furniture and other creations can be admired in the most elegant houses but also in museums and representative offices of important institutions. 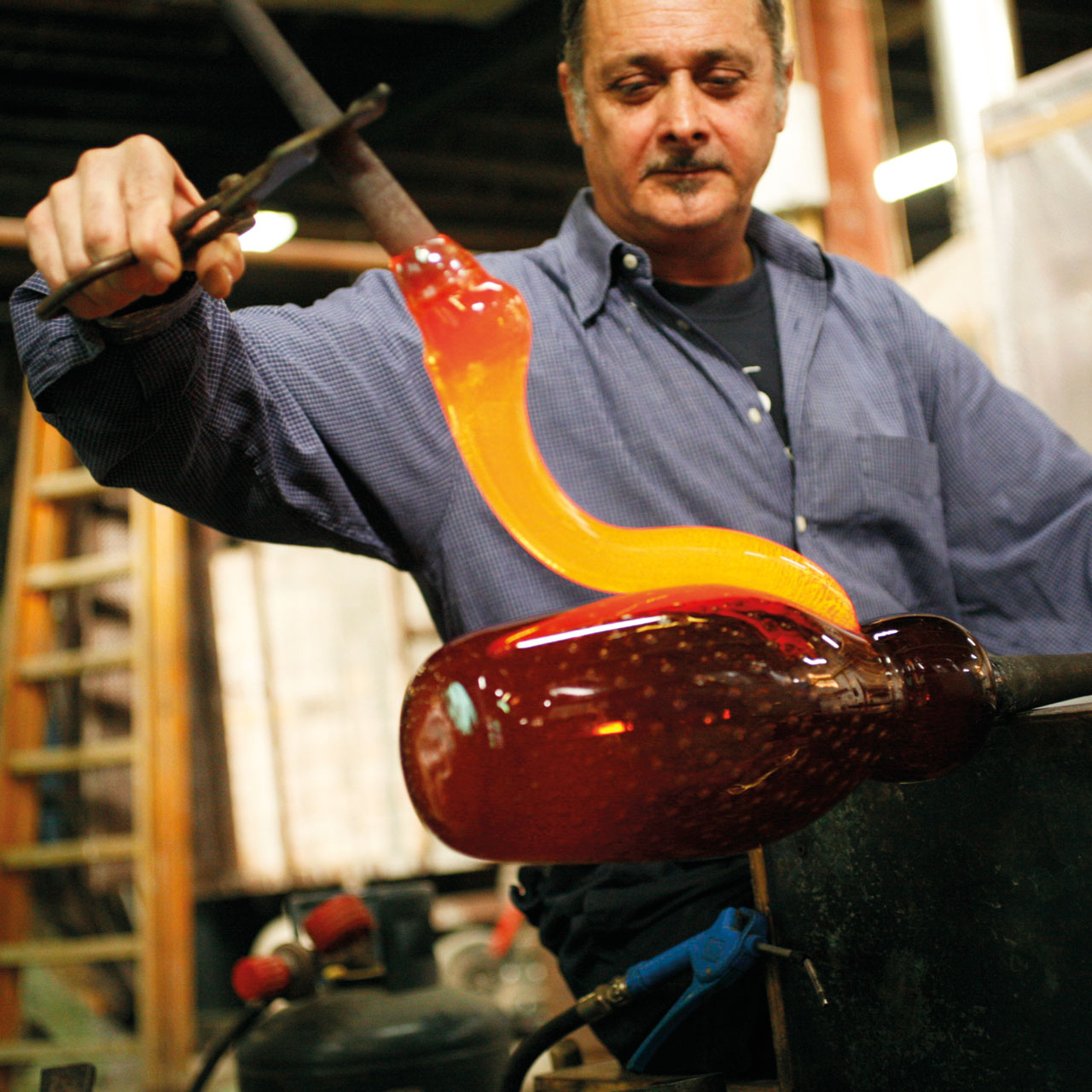