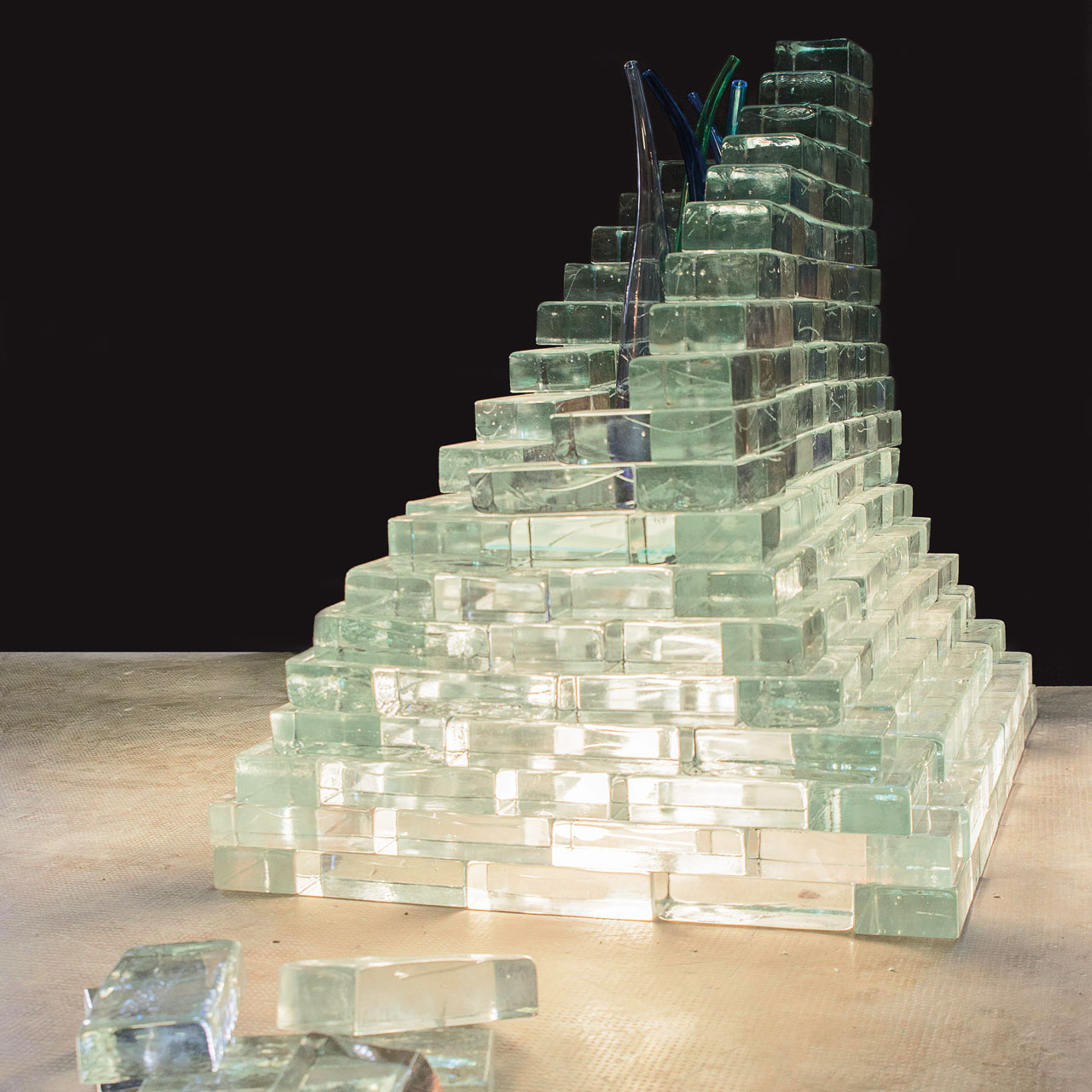 Global warming is causing a rapid and very dangerous melting of the glaciers, the natural habitat of many animal species destined, at this rate, to extinction. From 1980 until today the Arctic glaciers have suffered a loss in extension of seventeen times the area of the Italian peninsula, causing a dangerous rise in sea level and endangering the lives of over 150 million people living alongside the coasts. Venice and Murano will not be an exception. (un)Frozen wants to reflect on the impact that human beings have on the Earth, promoting a more conscious lifestyle.

The work, consisting of about 250 solid glass bricks, has the appearance of an igloo that is slowly melting, exposing the precious “Soffio” vases to the elements as a metaphor of life and fragility. (un)Frozen also wants to give an example of sustainability: it was built using only one material dry mounted, making the all components easily reusable and/ or recyclable. At the end of the exhibition, the bricks of (un) Forzen may in fact be re-used in other contexts or be re-melted and become new works of maestro Cenedese.

The furnace of Simone Cenedese has been producing Murano glass chandeliers and artistic objects for over 30 years. Specialising in the last period in the production and realization of modern style chandeliers and sculptures, designed and created by Simone Cenedese. Simone Cenedese belongs to the youngest generation of Murano masters, distinguished by a renewed interest in the Venetian glass tradition. His creative work stems from a strong personality, open to external suggestions, moved not only by the perception of what the world of contemporary art is proposing, but also stimulated by the artists with whom he collaborates. Simone Cenedese has been able to apply a modern style and design to an ancient material. From this union, only apparently in contrast, the works of this dynamic artist-designer are born, pieces destined to leave a trace of themselves in the world of designer objects. Tradition, art and research represent the production philosophy of Simone Cenedese that we can find even today in all his works.